Lake Tuscaloosa Living, news for those living the lake life

Passed variable is not an array or object, using empty array instead
Subscribe to this RSS feed

An analyst on ESPN's College Football Live show earlier this week aptly noted it best that while last weekend's opening slate of college football games was billed as "The Greatest Weekend Ever," we are all definitely paying for it this coming Saturday.

The landscape for the sport we all love the most is fairly barren for Week 2, and in fact there are no matchups that actually match ranked teams.

As part of the ongoing relief efforts surrounding the flooding in Louisiana, Alabama gymnastics coach Dana Duckworth, ReadBAMARead and Two Men and a Truck are combining for a donation drive on from through Wednesday, Aug. 31.

It is now two weeks before Nick Saban's Alabama football team, the reigning SEC and College Football Playoff national champions, opens up the 2016 season against the Southern Cal Trojans in Arlington, Texas.

With another University of Alabama football season just around the corner, it is a good time to take a look at the Crimson Tide's Top Five all-time leaders in a host of categories heading into the 2016 campaign.

University of Alabama Director of Athletics Bill Battle announced today that he has completed the latest in a series of treatments for multiple myeloma, and reports that he feels great and looks forward to returning to work on a limited basis at the University very soon.

There is no doubt that most of the focus for University of Alabama head football coach Nick Saban is devoted to the upcoming 2016 Crimson Tide season, which is less than two months away.
But Saban knows as well as anyone, however, that helping those in need is a life priority that is way more important than wins and losses on a football field, especially when it involves those who are struggling in his own home state. 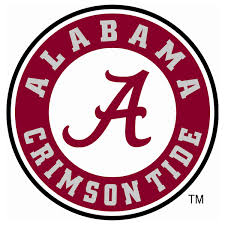 Saban, a native of Fairmont, West Virginia, is asking that football coaches from across Alabama come together to help the football teams in the communities of that state devastated by recent flooding.
Saban, along with the Alabama High School Athletics Directors and Coaches Association, is asking high schools from across the state of Alabama to do their small part to help so many high school football programs affected by this tragedy by donating a full uniform. Many of these high schools will not be able to field football teams this fall without help.

Author's Note:  This is the first installment of a multi-part series, detailing the position groups for the 2016 Alabama football team. The first part will discuss the still-ongoing Crimson Tide quarterback battle.

As has been the case entering the last two years, Nick Saban's University of Alabama team will enter the 2016 season with a largely unproven individual behind center at the always-critical quarterback position.
And while that has caused sheer pandemonium and myriad conniption fits with Alabama fans in the past, I really am not sensing much of that with the Crimson Tide Nation as we inch closer to SEC Media Days and the start of fall practice. 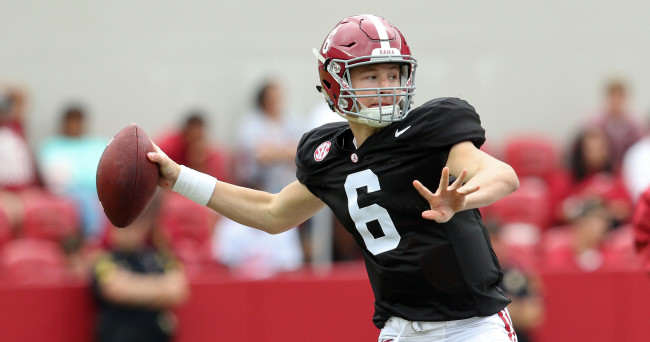 Part of that is due to the wizardry of Tide offensive coordinator Lane Kiffin and the amazing work he did with first-year starters Blake Sims and Jake Coker the last two seasons. The success of those two signal callers is a big reason why Alabama won 26 games the last two years, including back-to back SEC titles, made two trips to the College Football Playoffs and captured its 16th national championship last season.
Another reason for the absence of teeth gnashing is the fact that the 2016 Alabama team will most likely have another very strong defense, as well as a solid ground game at the very least, once again, meaning that whoever earns the starting quarterback position will not have to be especially prolific in terms of his stats. As Saban has stated numerous time over the past three seasons in regards to his starter, that individual simply needs to "win the team," be an efficient game manager and he needs to avoid making the pivotal mistakes.

New University of Alabama baseball coach Greg Goff is quite busy these days, as he seeks to put together his first Crimson Tide coaching staff, recruit new players, solidify and study the UA roster and put his own unique stamp on the tradition-rich Alabama program.

But on Friday, the 31st Crimson Tide baseball coach was honored for the good work that he did at his last coaching stop, prior to arriving in Tuscaloosa.
Goff was selected as the American Baseball Coaches Association (ABCA)/Diamond 2016 South Central Region Coach of the Year, the organization announced on Friday morning.

University of Alabama student-athletes continue to show out, not only on the athletic fields and courts, but also very much in the classroom as well.
There were 83 UA students on the 2016 Southeastern Conference First-Year Academic Honor Roll, the conference office announced Thursday.
Alabama, South Carolina, Kentucky and Auburn were the only schools with more than 65 honorees. 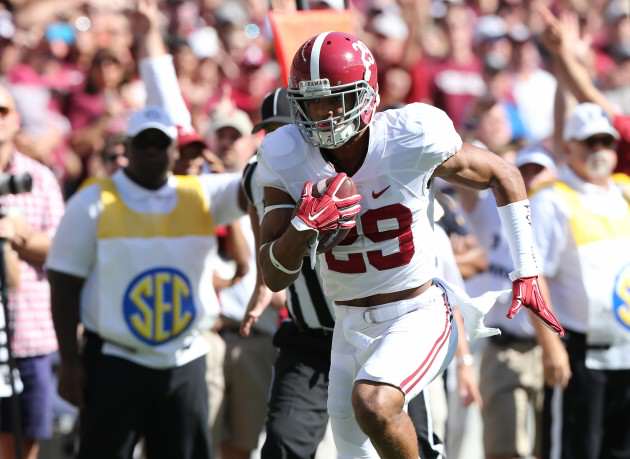 The women’s swimming and diving, rowing and football programs led Alabama with 13, 12 and 10 honorees, respectively. The Crimson Tide's football (10), gymnastics (6), rowing (12) and women’s swimming and diving (13) teams led their respective sports.
The 2015 SEC First-Year Academic Honor Roll is based on grades from the 2015-16 academic calendar year. To earn a place on the honor roll a student must have a cumulative GPA of 3.00 or above at the nominating institution, be on scholarship or a letter winner, have completed 24 semester hours of non-remedial credit at the nominating institution and have been a member of the varsity team for the sport's entire NCAA championship segment.
The Tide had 82, 59 and 126 students named to the SEC Fall, Winter and Spring Academic Honor Rolls, respectively, giving Alabama a total of 350 students on the honor roll for the 2015-16 academic year, a jump of 50 honorees from the year before.

New University of Alabama baseball coach Greg Goff has officially filled in the first piece of the puzzle that will be his very first Crimson Tide coaching staff.
Alabama's 31st coach announced the addition of Jake Wells to his staff on Tuesday afternoon. Wells, a former player under Goff at Montevallo, will serve as the Crimson Tide’s recruiting coordinator while also working closely with the team’s catchers.

He is the first to join Goff’s Alabama staff, bringing a total of nine years of coaching experience to Tuscaloosa.
“I’m really excited that Jake has decided to come be a part of our staff here at Alabama,” said Goff of his first hire. “He has played for me and coached under me, and he is one of the bright young coaches in the country. We are honored to get him on our staff. He is a tireless worker that will put forth a maximum effort each day.”
Wells has previous experience working with catchers, dating back to his two seasons at Mississippi State from 2013-14 where his primary responsibility was to work with the team’s catchers. While in Starkville, Wells tutored two catchers who went on to sign professional contracts and followed up in 2014 by coaching Gavin Collins to All-SEC Freshman Team honors, the program’s first All-SEC freshman catcher in the program’s 124-year history.
He was an integral part of the Mississippi State staff that led the Bulldogs to back-to-back NCAA Tournament appearances, including a finalist finish in the 2013 College World Series.
Most recently, Wells spent the past two seasons at Louisiana Tech as the hitting coach and recruiting coordinator for Goff. Under his tutelage, the Bulldogs were able to improve in nearly every hitting statistic from his arrival in 2015 through last season.

RT @NWSBirmingham: Scattered showers & tstorms will remain through the morning...increasing in coverage through the afternoon. No severe we…

RT @ArtAllie: @druidcityliving GREAT things going on in Tuscaloosa this month. Have a blessed and family filled Easter. find this link a…
Follow Druid City Living on Twitter

Give Life to Your Story: Your Teenager Craves Your Attention

Lake Tuscaloosa Living (LTL) is the premier community newspaper, covering the great people, places and activities of the area.

Lake Living: Reasons to Nurture You...

Give Life to Your Story: Your Teena...